Is shared ownership a game changer for first home buyers in Auckland? 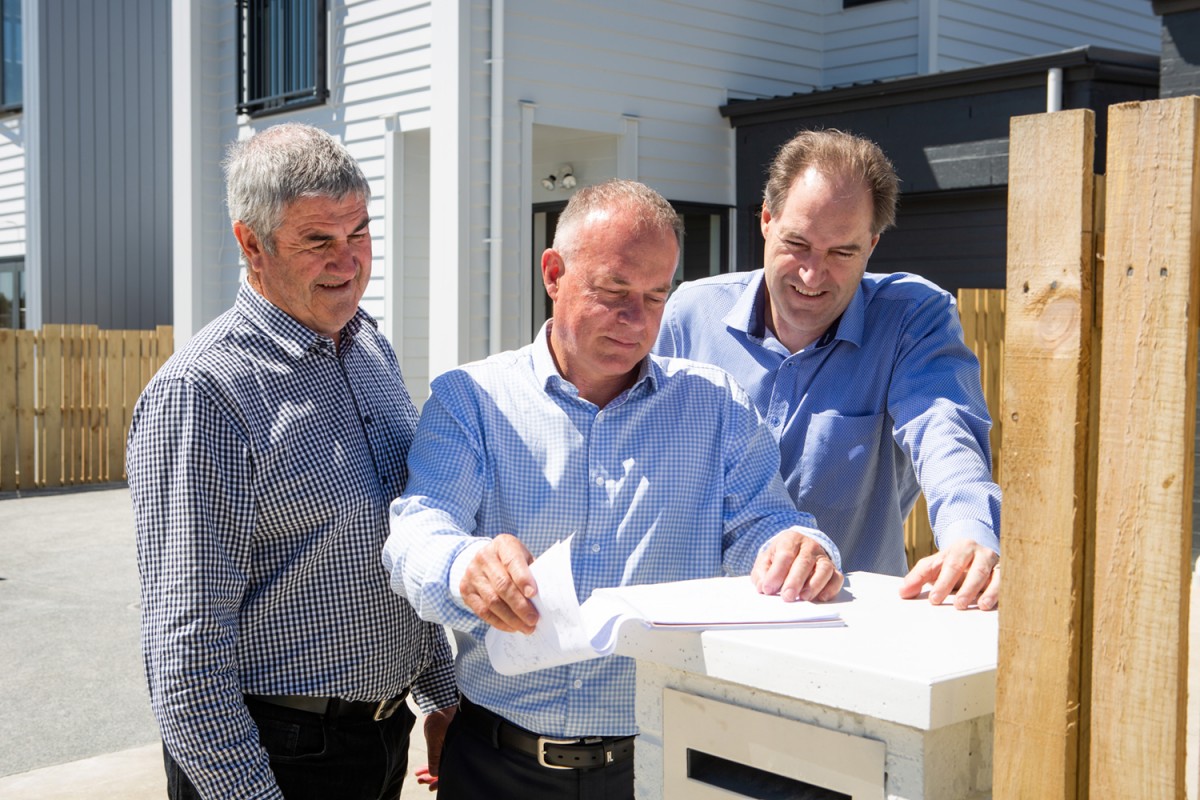 For first home buyers in Auckland, getting ahead has been a struggle for a long time now.

Options have been limited, prices prohibitive and competition fierce for the options that have been available. But it’s not like those people haven’t been really trying hard to tick all the boxes to get themselves on the right track.

Sadly, despite having decent-paying jobs, savings, and many having a steadily-growing KiwiSaver scheme adding dollars to their budget, there is a big sector of young, hardworking Kiwis who just haven’t been able to get onto the property ladder and there’s no question that the main reason holding them back is the 20% deposit rate required to get started.

Banks don’t have many flexible options when it comes to deposits, which automatically rules out a large portion of the (particularly younger) generation who are looking for ways to get a foot in the door. To counter this ongoing financial setback, there is another option that is gaining traction in New Zealand – yet not many Kiwis are aware of it.

It’s called ‘shared ownership’ and it’s a real game-changer for many Kiwis with big dreams of owning their own home and putting down roots for the future.

So what is shared ownership?

Well, for starters it could be the answer that ‘generation rent’ has been crying out for. As Nigel Spratt, Executive Director of YouOwn puts it, “It gives people another option, it’s effective and most importantly, it enables Kiwis to realise the dream of owning their own home.”

Long story short, ‘shared ownership’ is a similar prospect to going to ‘the bank of mum and dad’ (or, a third party) for a helping hand, financially. The buyer pays YouOwn a monthly charge on this portion and after five years, the buyer can buy YouOwn’s share in the home when they are able, ultimately rendering them official homeowners.

Let’s break it down even more:

So, as you may have already realised, the most attractive drawcard about the programme is its low deposit requirement of only 5%. That’s a whole 15% less than the going rate of 20% when borrowing from a bank on your own.

As long as prospective homebuyers have a 5% deposit which can be KiwiSaver funds, and most importantly, have steady-paying jobs (a household income of around $120,000) they just might be the perfect candidate for the YouOwn scheme.

Below is an example of how the financial setup might look:

If you can afford more than this, and be able to keep up with the monthly loan repayments, you could consider buying up to an 85% share. Also, If you wish to increase your share of the home, you would need to have the property valued again.

If the prices of properties in your area have increased, then it could mean that you’ll be paying more than you were for your initial share. With this, another thing to consider is you’d also have to pay the valuer’s fee each time you wish to increase your share.

New Zealand-owned and privately-funded company, ‘YouOwn’ is the first NZ organisation to provide a shared ownership option for first home buyers. It was created from a desire to see more Kiwis get into homes and be able to secure stable and happy futures for their families, and is following in the footsteps of successful programmes that exist in the UK and Ireland.

These programmes have assisted thousands of people into homes who otherwise would never have made it over the line.

That’s largely why the word is spreading fast about the services that YouOwn are providing – “YouOwn has purchased houses with a number of families in the last twelve months” according to Nigel Spratt. The greatest thing about these types of programmes is that they expand rapidly, and so and these numbers look set to increase.

Yes, ‘shared ownership’ is not the stock-standard, original Kiwi home ownership dream, but that’s not to say it should be cast aside. It’s important not to let pride (or anything else for that matter) get in the way for you if you’re running out of other options.

It’s a new model and one that will get a great deal of New Zealanders out of the rut of renting. If successful, young couples and families can kiss goodbye to the feelings of instability when unexpected rent increases occur, or worries that they may have about moving all the time.

Instead, they’ll be able to create a future for themselves – put down roots and put up picture hooks wherever they like, without having to explain themselves!

Sure, you must remember that there is a monthly charge to consider along with the payments on the home loan, but picture it as a ‘thank you’ payment to someone who has done you a favour and helped you reach a goal you never thought you might reach.